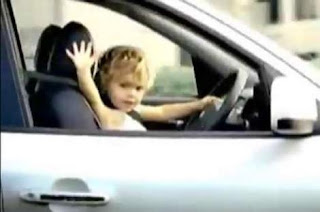 The algorithm used to control the vehicle will surely respond to an object, either stationary or moving, in front of the vehicle.

Now in Mauritius, as innovative as the thieves are, they will surely realise that the self driving car will stop when there is an object in the front of the vehicle.

It is not yet known if someone holding a valid driving licence must be present at all times when the self driving car is in use. But anyways, the passengers will most of the time NOT be alert. They will be in a relaxed posture, looking at scenery, and letting the software do the driving. They could even fall asleep, watch a film and so on.

Scenario 1: It's already past 10 p.m. The passenger is tired from work and relaxing in his car, unguarded to the dangers of the road as he puts his trust in the software. A 'malin' (kuyon) is standing on the road with a weapon (could even just be a piece of rock to break a window).  The road has 2 lanes, aler-vini. The malin puts a  water storage container (drome in kreole) on both sides of the road. The car sensors' would have already detected the object from a distance and thus slow down gradually to come to a stop. Whether there is a beep or alarm when the car is stopping is unknown, and whether a usual passenger can deactivate the beep or alarm is also unknown. So, the malin just has to wait for the car to stop automatically to hijack the car. But would a conscious human driver stop the car, pull back rapidly when he sees the objects on both sides of the road, or break through the objects? This could be the turning point where the artificial intelligence fails.
Labels: computing education shocking university 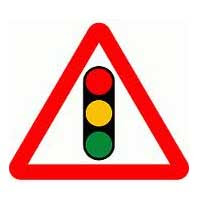 Oral Driving Test in Mauritius - Learn the signs, roundabout(rond point) and everthing else.